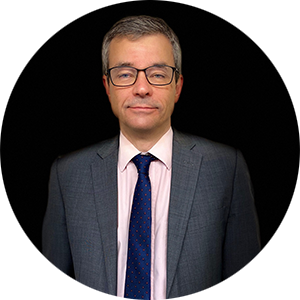 Mr Fergus Bell is one of the founding partners of Bell + Craig, established in 1991. Beginning his career as a Trainee Solicitor in Glasgow and qualifying in March 1989, Fergus moved his professional career to Stirling to establish Bell + Craig with co-founder George Craig.

Fergus deals in all areas of Conveyancing both Residential and Commercial and through years of acting for a number of local businesses, has a particular interest in the sale, purchase and leasing of commercial premises and Company Law. Fergus also acts for both large and small builders and developers in commercial transactions and residential developments across the Central belt. He is also a former Trustee of the Smith Art Gallery, Stirling and former Deans of the Faculty of Solicitors, Stirling.

Out with the office, Fergus is married with 2 children. He is a keen Tennis player who supports Andy Murray and also enjoys supporting Glasgow Warriors Rugby team and of course our national team. 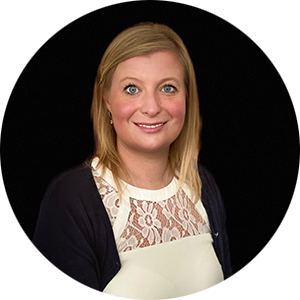 Miss Lisa Taylor began her legal career as a Trainee Solicitor with Bell + Craig at our Stirling office in August 2008. Since qualifying in 2010, Lisa has excelled in her legal career and was promoted to her current position as Director in August 2014 making her the youngest partner of a law firm in Scotland at the time. She now heads our Falkirk branch.

Dealing in Residential and Commercial Conveyancing, Powers of Attorney and Wills, Lisa is a well respected and client focused solicitor. 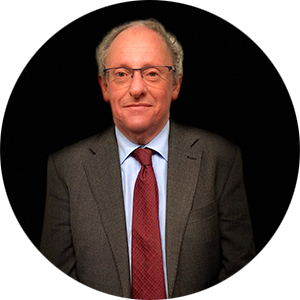 Mr George Craig is one of the founding partners of Bell + Craig, established in 1991. Throughout his career, George has worked across the Central belt. Starting his career as a Trainee Solicitor in Edinburgh , George moved to a Glasgow based-firm in November 1986 after qualifying as a Solicitor. He then made the move to Stirling where he established Bell + Craig with co-founder Fergus Bell.

George specialises in Residential Conveyancing, Asset Protection, Estates and Succession and Power of Attorney. He believes in establishing long standing and ongoing relationships with clients and this is reflected in his high rate of return clients.

Out with the office, George is married with 3 adult children. As a Canadian citizen, George has also gained a true love for ice hockey and is an avid supporter of the Toronto Maple Leafs. 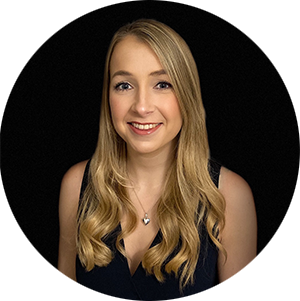 Miss Abby Kemp began her legal career as a Trainee Solicitor with Bell + Craig at our Stirling office in August 2017, following completion of both her Law Degree LLB and Legal Diploma at Edinburgh University. Having completed her Traineeship in August 2019, Abby was appointed as an Associate of Bell + Craig in August 2021. Abby now works in Residential and Commercial Conveyancing, Powers of Attorney, Wills and has a particular interest in managing Executry Estates.

Abby grew up in the Falkirk area and continues to live locally. Outside of work she enjoys keeping active, walking and running as well as spending time with family and friends. 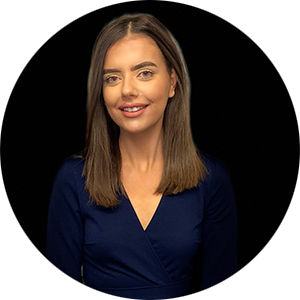 Miss Aran Wilson began her legal career as a Trainee Solicitor with Bell + Craig at our Stirling office in August 2018, following completion of her Law Degree LLB at Edinburgh Napier University and her Legal Diploma at Strathclyde University. Having completed her Traineeship in August 2020, Aran has flourished as a Solicitor and was assumed as an Associate of Bell + Craig in August 2021. Aran has a particular interest in Residential and Commercial Conveyancing – including First Time Buyers and LIFT Scheme purchases, Company Law and Family Law.

Aran grew up in the Falkirk area and continues to live locally. Outside of work, she enjoys going to the gym and socialising with family and friends. 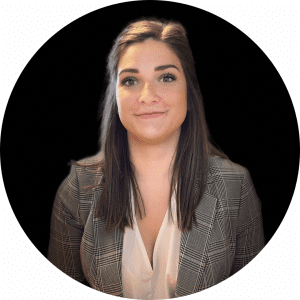 Miss Mirren Hamilton is currently in her second year of her Legal Traineeship with Bell + Craig at our Stirling office. Mirren commenced her traineeship in July 2020, in the midst of the Coronavirus pandemic, following completion of her Law Degree LLB at Stirling University and her Legal Diploma at Strathclyde University. Mirren is gaining valuable experience in all areas of legal practice but has a particular interest in Residential and Commercial Conveyancing, aspects of Private Client and Family Law.

Originally from Motherwell, Mirren moved to the Stirling area for University and continues to live locally. Outside of work, she enjoys visits to the cinema and socialising with family and friends. 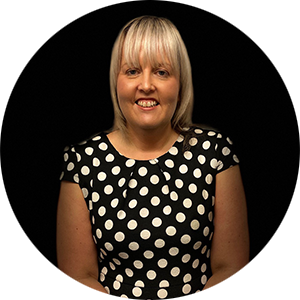 Miss Sharon Talbot has been with the firm since its earliest days. Beginning her career as an office junior, Sharon has progressed through the ranks moving from office junior to secretary to paralegal. Completing both her Residential and Commercial Conveyancing courses at Strathclyde University, Sharon’s 25 years of knowledge and experience within the firm saw her appointed to the role of Practice Manager and Assistant Cashier. She now oversees the running of both the offices and all staff members of the firm.

Outside of work, Sharon is a keen football fan and regularly attends football matches.

At Bell + Craig, we couldn’t do all we do to assist the Local Community without the hard work and dedication of our essential support staff.

Our Stirling team consists of: 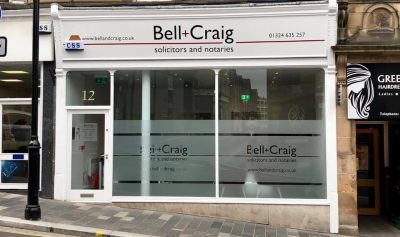 Our Falkirk team consists of: